Перейти до вмісту
Новини:
Fruitful cooperation with the regional bodies of education
Professor Yakiv Bystrov became a Paul Celan Visiting Fellow at the Institute for Human Sciences in Vienna
Reflections on the prospects of using the future profession 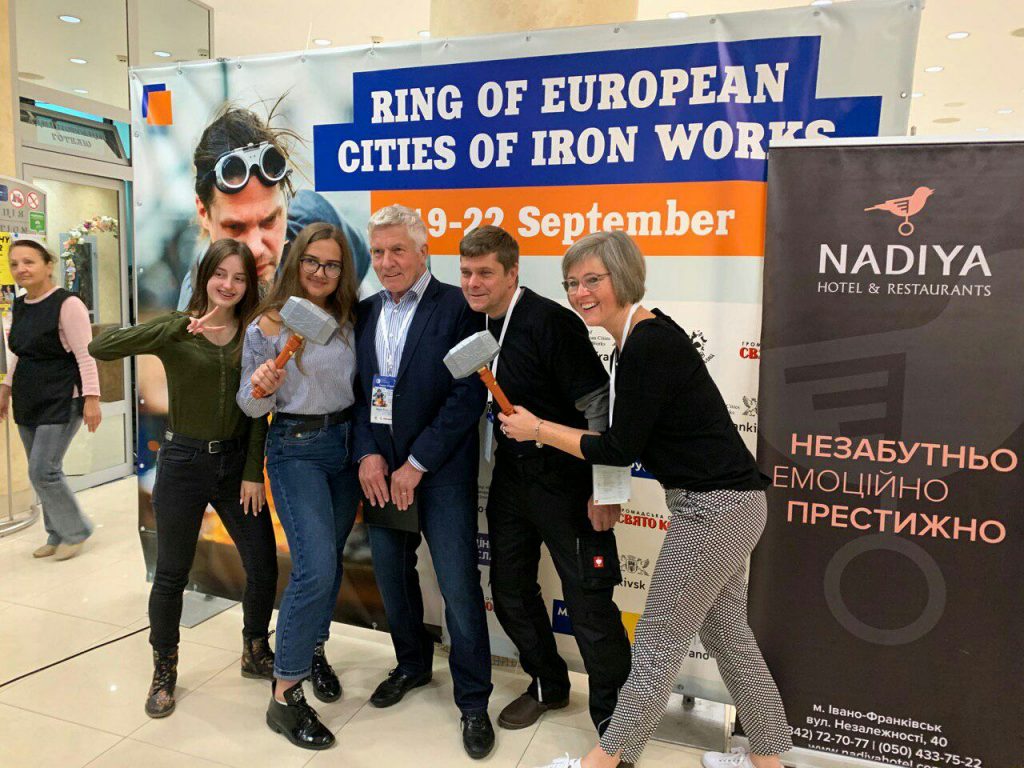 In 19-21 September 2019 Ivano-Frankivsk was fortunate to host the “Ring of European Cities of Iron Works” assembly and to welcome delegations from 7 countries. The students of the Foreign languages department of Vasyl Stefanyk Precarpathian National University had the chance to participate in the organization process and to help the City council with establishing communication between the guests and the hosts. Our students were responsible for certain delegations/delegates or certain events that were taking place during the 3-day visit. Yulia Lesiv (СО А-34) was guiding visitors from the Netherlands and Spain, Yulia Demchuk (СО А-34) and Karolina Anhela (Н-31) were providing their delegates from Germany with translations into English and German. Denis Fedorenko (Н-31) was in charge for the guests from another city in Germany. Iryna Buchynska (Нм-11) and Oleksandr Goliuk (Ам-11) were interpreting at the Reserving of the Cultural Heritage council – an event for representatives from each delegation. Some of the students used this chance as their first interpretation experience, the others on the other hand gained more knowledge and upgraded their skills in their professional field. The assembly also served as a possibility of cultural and educational exchanges between countries, universities and people. All of the students did their best and are eager to be involved in similar events more often.